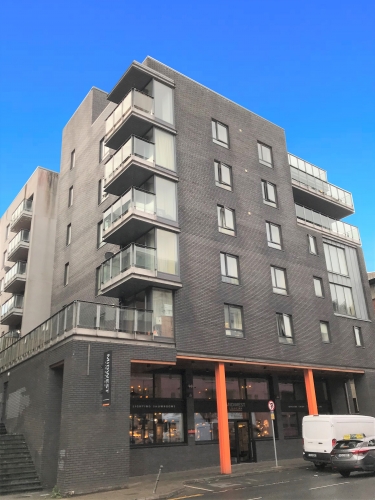 Transport infrastructure in the area is strong with numerous national roads converging including N7, N20, N24 and N69. Shannon Airport is located approximately 26 km west of the City. Limerick has a strong third level presentation. The University of Limerick is the largest college with a student population of over 13,000. Other colleges include Mary Immaculate College and The Limerick Institute of Technology. The City witnessed major development at the peak of the property cycle (in the mid 2000’s) particularly in relation to retail and hotel developments. The most significant infrastructural project to be developed in Limerick, over the past 15 years has been the opening of the Southern Ring Road which was completed in 2010.

The Dock Road is approximately 0.5km to Limerick City Centre and is the main thoroughfare leading from Limerick City to Cork, Galway and Shannon.

The Windmill overlooks the Dock Road, with vehicular access from Henry Street and O’Curry Street. It is adjacent to a number of apartment blocks that were developed approximately 20 years ago and is a 5-minute walk to Limerick City Centre. In addition to the number of apartment complexes in the immediate vicinity, surrounding commercial occupiers include Mid West Lighting, Barrons Mace, Dominos Pizza, Bellissimo Beauty, The Clayton Hotel and Limerick City Hotel.

There are 12 units in the portfolio and they comprise:

Each apartment boasts modern living space with well appointed accommodation. The common areas have been well maintained and provide lift access to upper floors and there is a secure underground carpark.

Back to Top
Close X
This site uses cookies: Find out more.