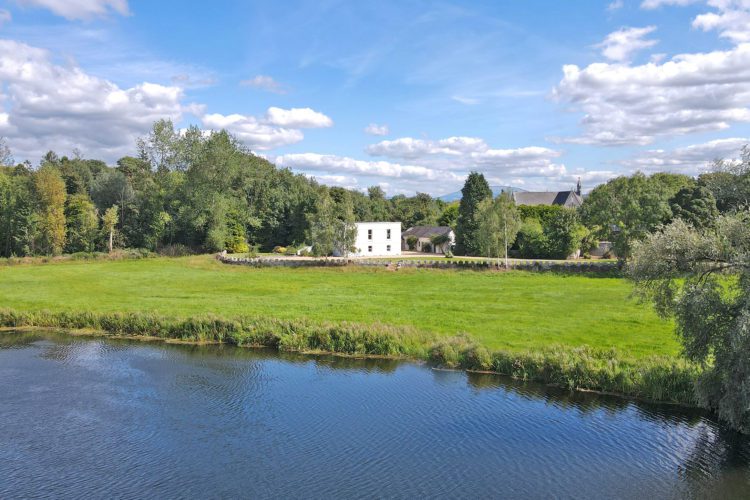 Castleconnell, which is located in County Limerick right on the border with County Clare, takes its name from Castle Connell, the ruin of which is located on the grounds of Stormont House. This was the ancient seat of the O’Conaings, and took their name Caislean-ui-Chonaine. It subsequently fell into the possession of the O’Briens of Thomond. The castle, now ruined, is built on a rocky outcrop overlooking the bend on the River Shannon, was besieged and destroyed by General Ginkels army during the Jacobite and Williamite wars at the end of the 17th century.
Stormont House is set on approximately 6 acres. Originally a three storey property, it was initially refurbished around 50 years ago when, because it was in such poor condition, the owners were advised to take the roof off, which they did, creating an art deco style neo Georgian house. They then decided to turn the house upside down to take full advantage of the magnificent river views from the living rooms and kitchen while still having wonderful castle and river views from the 4 spacious bedrooms. They subsequently created an annex unit beside the garage and attached to the main house by transforming the original stable house into living accommodation.
The waterside setting is incredible and the sound of the flowing river is unmistakable when one steps outside the front door of the house. In 2018 the owners were granted full planning to completely refurbish the existing structure and while the house is presently in turn key condition, the new owners will also have the opportunity to create an extraordinary c. 7000 square foot house on the curtilage of the existing structure – the new planning joins the annex to the main house over 2 floors and creates a truly magnificent opportunity to build a dream house on one of the finest riverside sites in the country. The new planning would create an extra c. 306m2.
On approach, traversing the winding tree lined driveway, as you pass the Castle on the right and the river Shannon on the left, you are instantly transported to a serene escape away from the hustle and bustle of city life, which is ironic considering Stormont is only 15km from Limerick City Centre, 10km from University of Limerick and a stones throw from the M7. This home oozes character and charm and it underwent a significant refurbishment last year prior to going on the market. This is a family home with warm welcoming tones and elegant décor throughout. 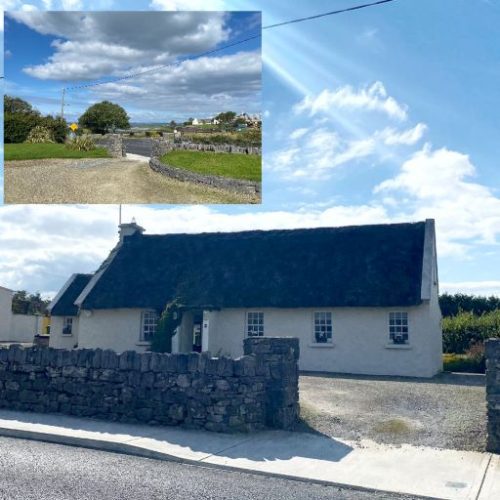 Ballyvaughan is a beautiful seaside village nestled in the heart of the Burren in North Clare, overlooking the Southern shores of Galway Bay, The picturesque country village is just 70km from Shannon International Airport and 45km from Galway City. With a number of great pubs and restaurants, Ballyvaughan is best known as one of the 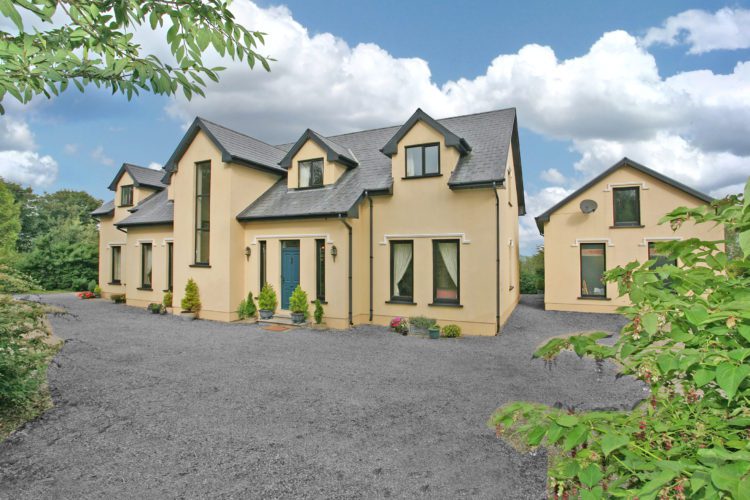 Murphy Gubbins auctioneers are pleased to bring Sandford House to the market. This impressive family home sits on approximately 5.8acres with stunning views of the Ballyhoura mountains and surrounding countryside. The house is accessed via electric gates onto a tree lined driveway. The property has been very well maintained and accommodation comprises Entrance Hallway, Family 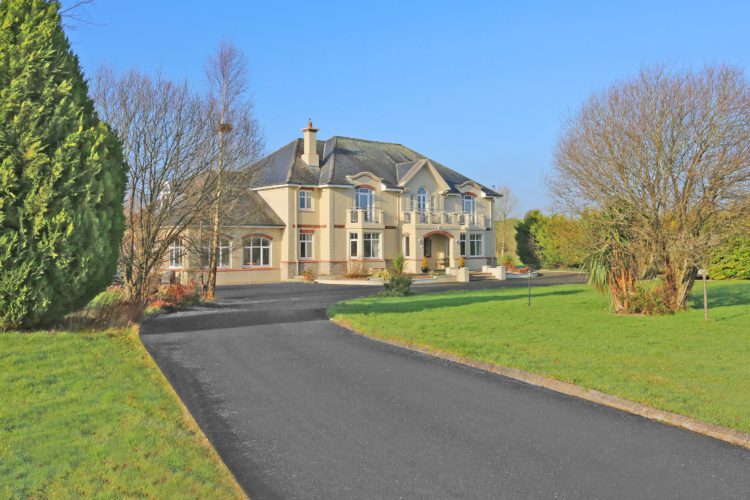 Murphy Gubbins Auctioneers are delighted to bring this wonderfully finished detached property to the market. Il Sogno, Gaybrook, Mullingar is a 6 bed detached home sitting prominently on 10 acres with panoramic views of the surrounding countryside. Set back from a quiet country road, with a sweeping driveway and a west facing patio to 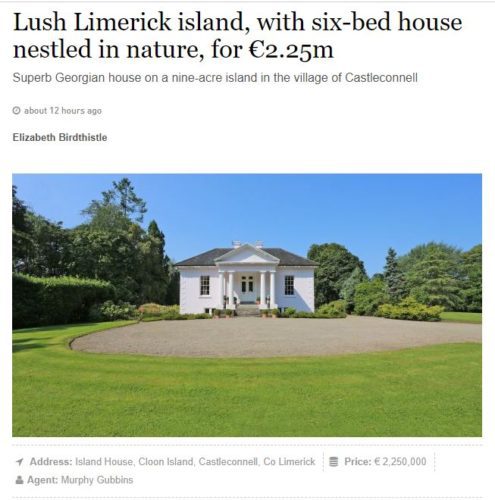