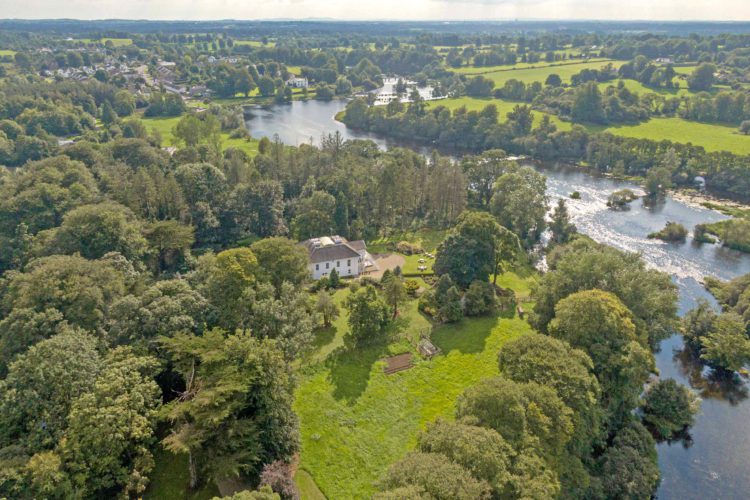 Having tried to learn Greek at school, the owner found it serendipitous to discover that Island House was Grecian revival in architectural style. It is thought that it was built in 1826 and was described in 1837 as “a handsome newly erected cottage on the island. A detached three-bay two-storey over basement villa style house built comprising pedimented fluted Doric portico to front (east) elevation and gable fronted breakfront to rear (west) elevation with more recent construction of flanking full height conservatories”.

The house was originally built as a fishing lodge for a Welsh coal mine owner. By 1866 it was the last residence of Sir Richard Donnellan de Burgo, 4th baronet, who originally owned large tracts of Castleconnell. When he died in 1873 the title became extinct.

Island House is located on the nine-acre Cloon Island or in Irish Inis-cluan, the island of the meadow. The island is formed by an anabranch of the River Shannon and is accessed by a stone castellated bridge. Apart from Island House, the ruins of Cloon Church are also located on Cloon Island. This small medieval church is reported to date from the eleventh century but is also believed to have been a Franciscan friary founded by Renald de Burgo in 1291. There are two ancient cross-slabs set into its western wall and a short distance from its door there is a large stone, the centre of which had been hollowed out in the shape of a cross. 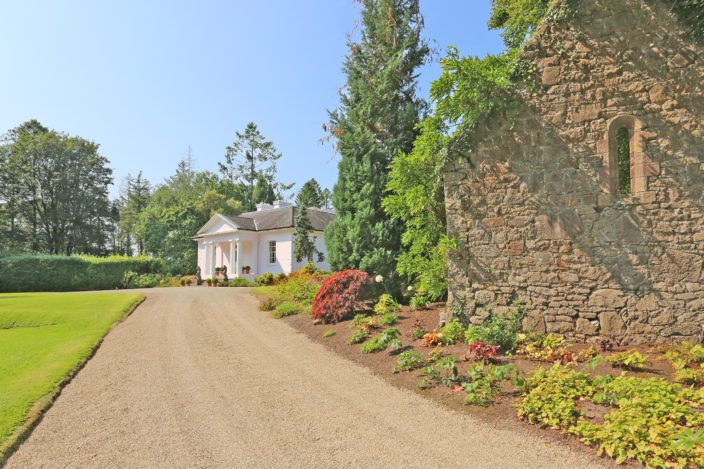 When the current owners bought Island House in 1985 from Mrs. Levy, the house was in good condition but was old fashioned in layout, with bedrooms both upstairs and downstairs. Also, because the kitchen was downstairs and the dining room upstairs, there was a dumb waiter for bringing the food up from the kitchen. Accordingly in 1989, they undertook a major building project, designed to transform the house into a home suitable for modern family living. 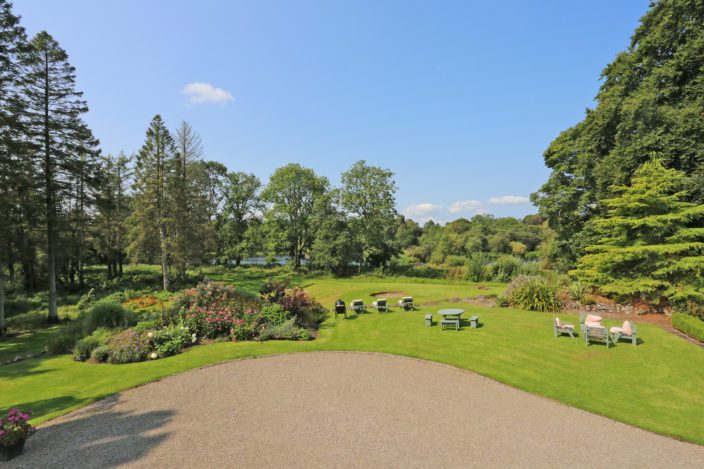 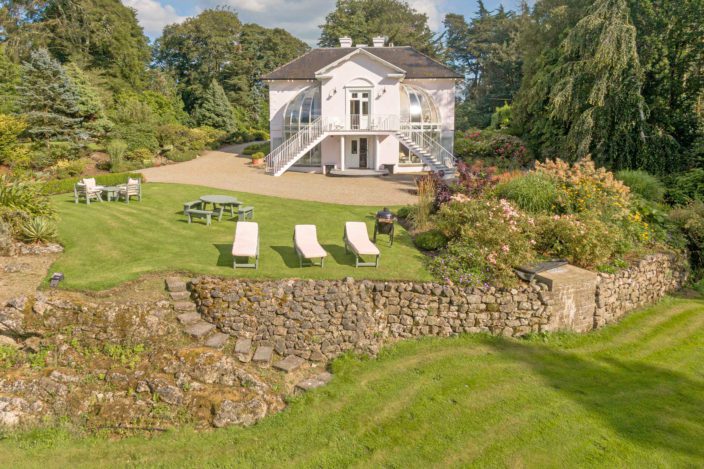 As well as the building works, they also engaged in an extensive programme of planting flowers, shrubs and trees in the grounds, which already contained a large number of mature deciduous and evergreen trees. A feature is the beech walk along the riverbank. Importantly, they also opened up a beautiful view of the river to the rear of the house.

The owners say they particularly enjoy the extensive gardens and river side location. Its island location beside an attractive village makes it quite unique. 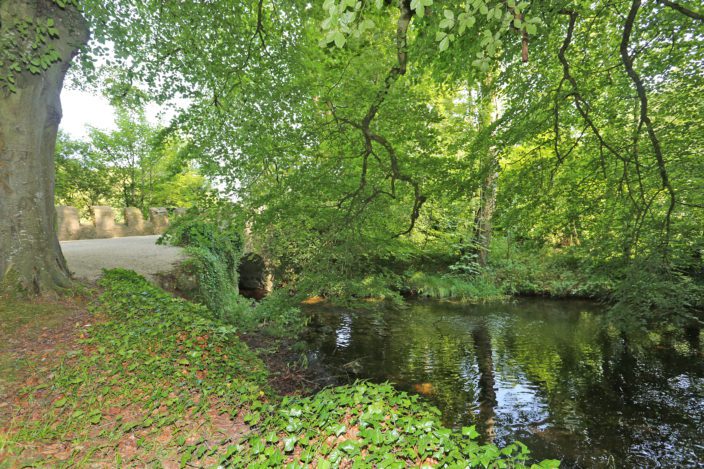